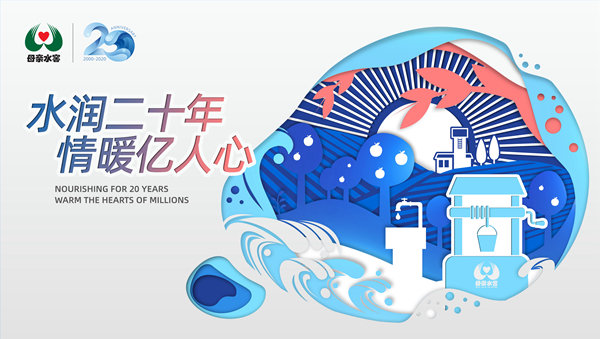 The China Women's Development Foundation (CWDF) published its Appraisal Report on the Water Cellar for Mothers Project's Brand Influence and Social Value on the 28th World Water Day, on March 22.

According to the appraisal report, the social return ratio of the Water Cellar for Mothers project is 5.6, which means the investment of one yuan (US 14 cents) can bring about an output of 5.6 yuan (US 80 cents).The social value of the project is about 4.2 billion yuan (US $600 million), excluding inflation, since it was initiated 20 years ago.

As of the end of 2019, the CWDF had completed construction of 139,700 water cellars, 1,890 centralized water supply projects, and 939 drinking water safety on campus projects  in 25 provinces, municipalities and autonomous regions, most of which are located in western China. More than 3.18 million people have benefited from the projects.

The project was jointly launched by the All-China Women's Federation, the People's Government of Beijing Municipality and China Central Television (CCTV) in 2000, aiming to help women and their families in western China resolve their difficulties in getting safe drinking water. It was organized and implemented by the CWDF.

In the past 20 years, the core of the project has been expanded from the collection of rain water based on family units in its earlier stage to the current "1+N" comprehensive development model, which covers not only the construction of flagship water cellars, but also the production of methane, planting and breeding, and the building of environmental-friendly courtyards.

Meanwhile, the project has shifted its priority from merely finding solutions to the shortage of safe water for humans to better meeting their rising demand for breeding and planting, and to strengthening the sustainable use of water resources, as well as popularizing and implementing safe drinking water projects.

Based on the achievements made by the project over the last decade, the CWDF put forward an outline in 2011 to guide its future development approach, stressing the integration of environmental hygiene, health education and the building of safe drinking water projects, and developing the Drinking Water Safety on Campus project, to meet actual needs for drinking water in rural areas.

The project has received public recognition and praise for its great contributions to relieve the shortage of water resources in rural China over the past two decades. The project has been described in the white paper on development-oriented poverty reduction program for rural China and in the white paper on gender equality and women's development in China. It was bestowed with the first China Charity Award in 2005. Moreover, an asteroid was named after the Water Cellar for Mothers project in 2015 by the Minor Planet Center of the International Astronomical Union.

2020 is a year of milestone significance to ensure that the target of clinching a complete victory in the fight against poverty is met as planned so as to build a moderately prosperous society in all respects. The staff members of the project will make continuous efforts in the improvement of water supply and the management of the ecological environment in rural areas, and strive to create a better living environment and happier lives for women and their families,

The CWDF will hold an array of activities this year to further increase public awareness of charity concepts and promote the participation of social forces in charity projects. The CWDF will organize its staff and partners to visit recipients of the project in a drive to show the positive changes in their lives brought by the project over the last two decades, facilitate more people to take actions on water conservation, and promote a good social atmosphere of water conservation and water resources protection. 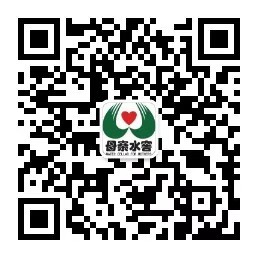